This Sporting KC engagement was hands down the coolest experience I have had yet. First we started at the Sporting KC stadium, also known as Children’s Mercy Park, where the two have spent many games together making forever memories with each other and other fans. Brittany explained to me why this stadium means so much to them:

“MLS Cup 2013: We went to the blistering cold MLS Cup game in Kansas City (December 7, 2013) where SKC took on Salt Lake. This was the first time we had ever sat in the Cauldron (where the crazies sit), and got to see SKC take home the trophy in a PK shootout. Ever since this game, we haven’t sat anywhere else in the stadium besides the Cauldron because we fell in love with the atmosphere, the chants, the yelling and the good friends we have made over the last 4 years.” 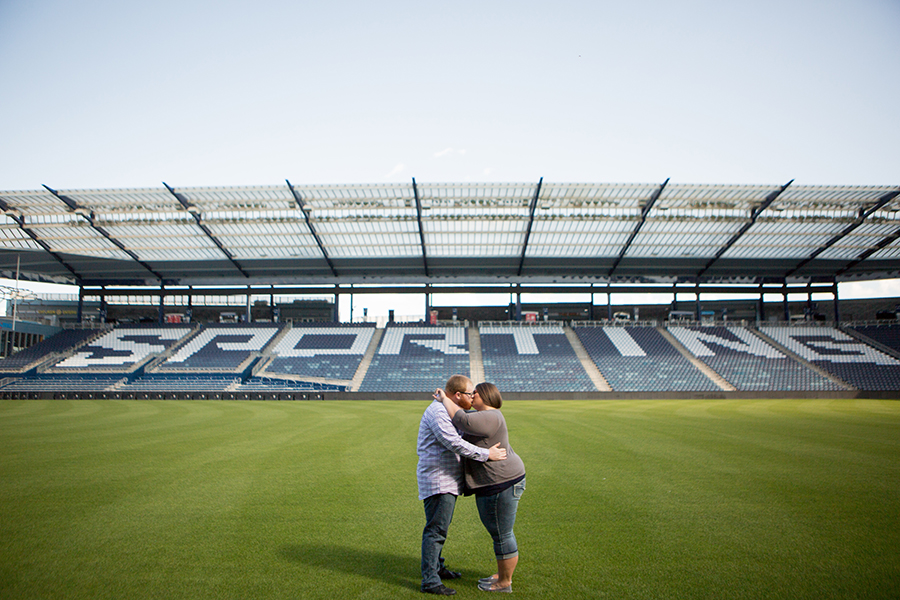 Brittany also told me about their favorite memory together:

“Philadelphia: We went to Philadelphia at the end of September in 2015 to watch SKC play Philadelphia in the Open Cup Final. We traveled with about 1,000 other crazy fans, drank a lot of beer and cheered the team on. The team ended up winning the trophy in an intense PK shootout. We met Adam’s favorite player, Soni Mustivar – we walked home, drunk in the rain, to the hotel with other fans, and Mustivar actually opened the door for us at the hotel. We ate awesome food, saw the team with the trophy, met Adam’s favorite player and drank alot of yuengling (our favorite cheap beer). ” 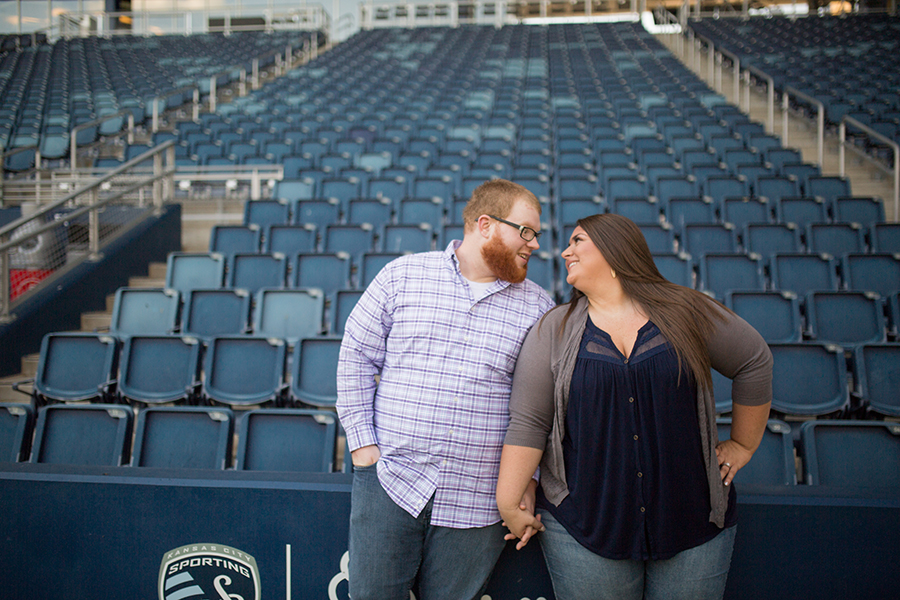 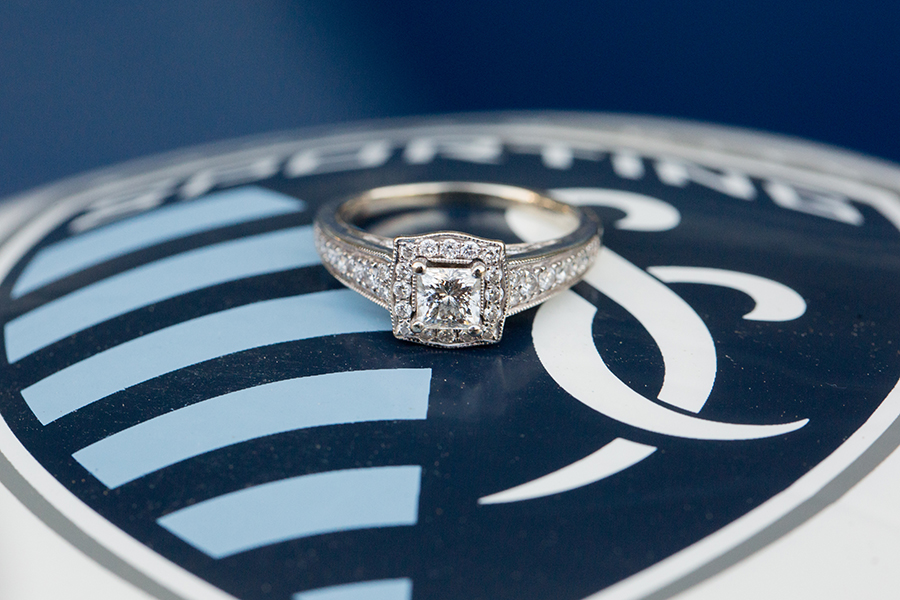 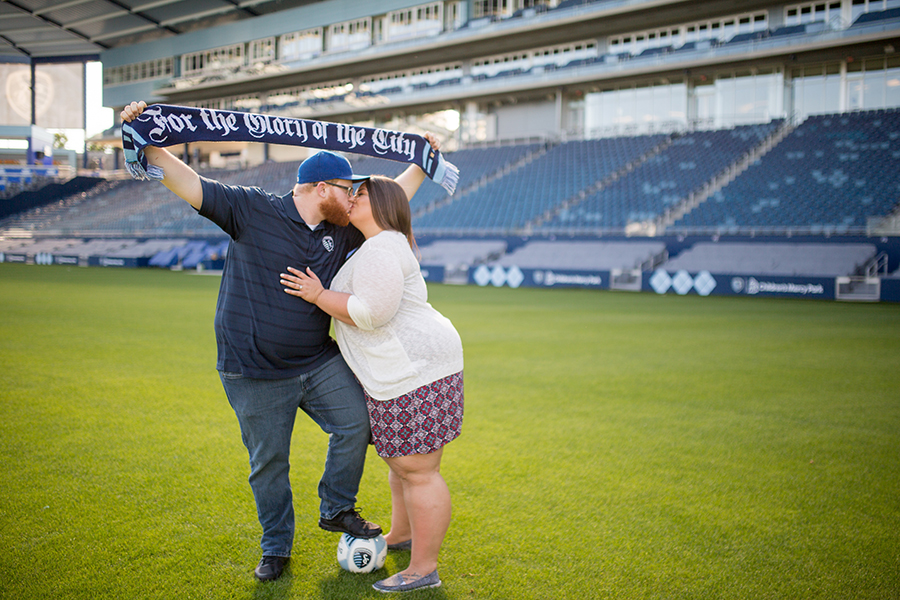 While we were shooting at the stadium we got to meet Michael Flaherty the equipment manager also known as “kitman” which is pretty cool considering Brittany and Adam follow him on twitter. You can find his twitter, here 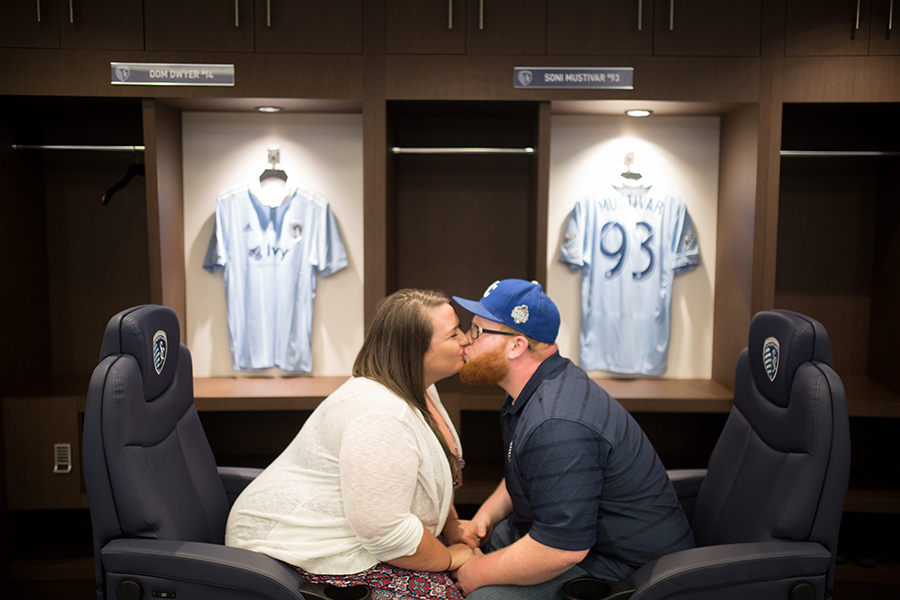 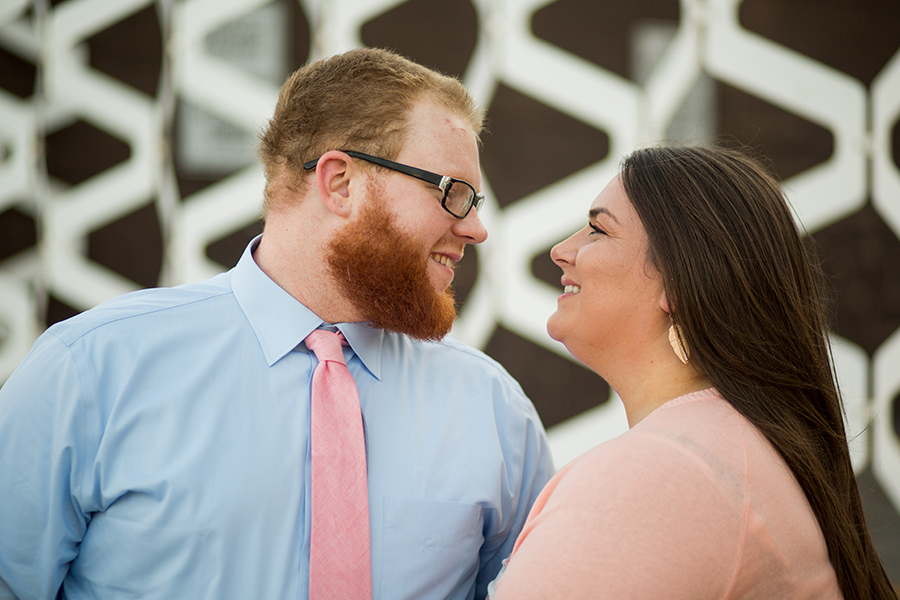 We ended the session with their home city skyline in the background as the sun set. Brittany and Adam were so laid back and fun. I can’t wait to meet their family and friends and am honored to be able to capture the memories on their big day. 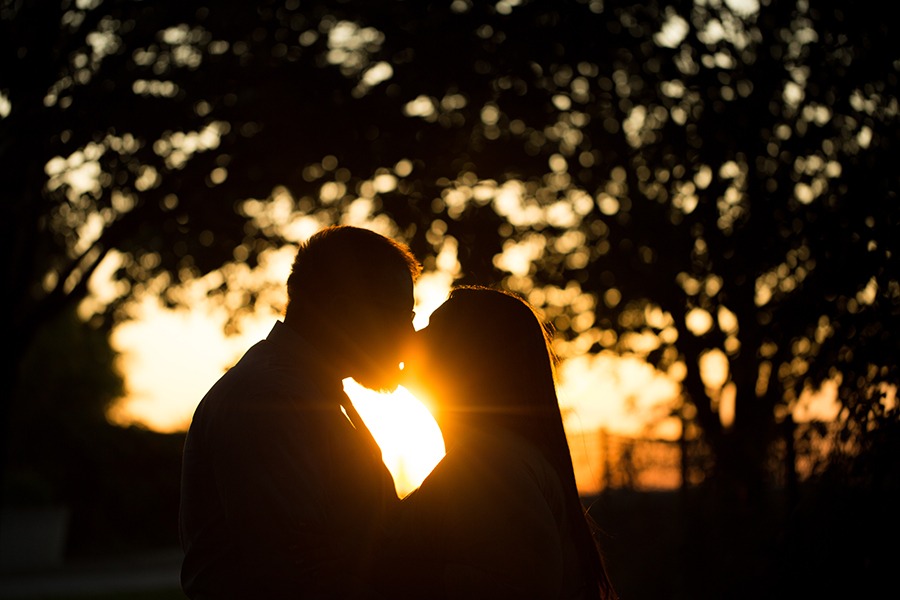 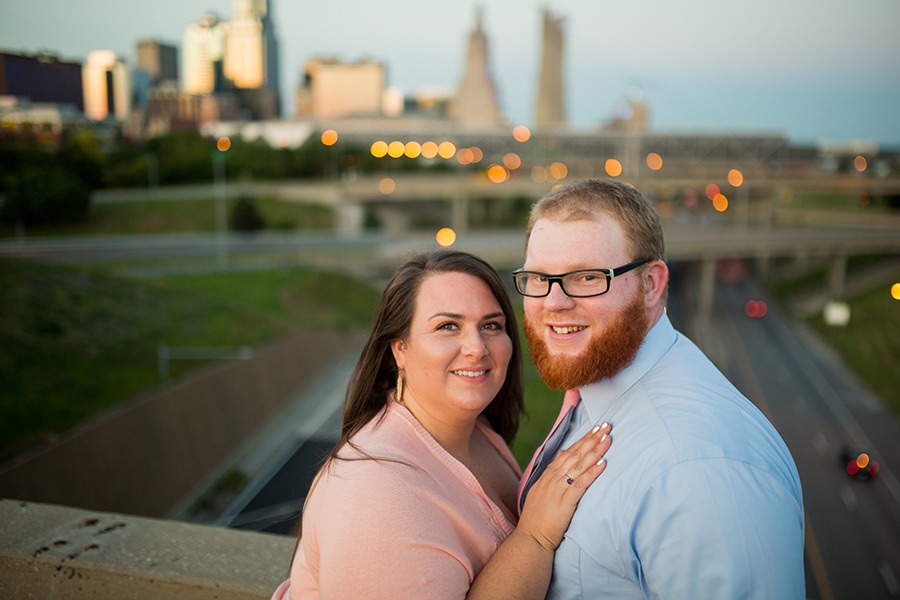 Be sure to check out my wedding portfolio and engagement portfolio!